In a special for Tradeguider, former UK politician Roger Evans explains some ways to make this happen.

Roger has trading experience and was also Deputy Mayor of London, working with current UK prime minister Boris Johnson. In 2016 he shifted to coaching politicians and business leaders on governance and public speaking.

Read on for some insider tips on how to make the most of political developments from this uniquely placed guest contributor.

My introduction to the financial markets and trading

As Deputy Mayor of London I was responsible for liaison with business and inward investors to the capital as well as chairing the Audit Committee that oversaw financial decisions and detailed processes for risk management for London.

I was often surprised by politicians’ lack of awareness of the impact their statements could have on trading. On one occasion a pessimistic speech from President Obama wiped the value out of a position I was holding.

As a trader in FOREX and shares I learnt a lot about how different indices affect each other and also how political decisions can move the market.

Traders often talked of how the Euro was doomed to fail, yet it is still very much with us. I think they underestimated the political desire at the highest levels to defend a currency that was viewed as a central feature of the European Union.

How to trade the impact of politics

Traders tend to avoid days when political announcements are made in case of upsets but with better understanding there would be opportunities to make some big gains.

Big banks hate uncertainty. They react unfavourably to what they see as extremism or incompetence. The British Brexit referendum in 2016 exemplifies this. A vote to remain in Europe was expected and financial institutions bought into the British pound expecting to realise gains when the result was announced. The unexpected result led to a massive sell off and uncertainty about the future turned the fall into a long-term decline.

In 2017 everybody expected a win for (former UK Prime Minister)Theresa May’s Conservative Party at the June Election. The exit poll showing that she had lost her majority created another shock and another sell off.

Political decisions can vary in their effects. For example, the successful High Court challenges to Brexit (brought by UK businesswoman Gina Miller in 2017) initially caused the pound to rise as markets believed that Brexit could be staved off. But they had overestimated the power of

those decisions and later High Court rulings had less of an effect because the markets had become resigned to Brexit and just wanted to get it out of the way.

Big political decisions rarely occur in isolation. Many people need to be consulted before action is taken. Major announcements are often preceded by indicators of what is going to happen.

I advise subscribing to information feeds from government, particularly Treasury, Trade and Business departments. Press statements and consultations are often used to prepare for big announcements. Likewise, watch think tanks that are close to the executive power bases that influence decisions. You can find these through a web search or by researching the previous positions of special government advisors.

I also advise following certain political journalists and thinkers. Often they have insights into how senior political figures are thinking. These insights can help predict policy announcements that may affect currencies or stocks. 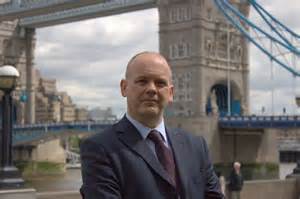 I prefer not to trade on election nights. The market is crowded and it can be difficult to place orders if the market turns unexpectedly.

However you can trade the anticipation of the result in the run up to election night by watching for unexpected poll results and catching them before the wider market grasps their implications.

Trading on opinion poll results is easier. Usually polls don’t affect the markets much but as an election or referendum approaches they become more significant. In the run up to the 2017 UK General Election the polls were predicting a Conservative win until, with two weeks to go, a poll appeared showing they would lose their majority. It took about 30 minutes for the markets to catch on – and then the value of the pound fell.

It is good practice to follow the major opinion pollsters. Unexpected results favouring less centrist candidates or those who are considered less competent can lead to a currency sell off.

For example, towards the end of the 2016 UK Conservative Party leadership race insiders predicted the withdrawal of Andrea Leadsom from the contest. The predictions were online some 30 minutes before the official announcement which left competitor Theresa May as Prime Minister. As she was seen as more competent, the pound rose on this announcement. With the 30 minutes of prior knowledge some good positions could be taken.

There could be some good opportunities in the run up to next month’s US elections if polls appear showing a change in the current expectations which favour a Biden victory.

Currently Former Vice President and Democrat candidate Joe Biden is seen as a safe pair of hands compared to the Republican nominee President Donald Trump so a lot of investors will be looking for a Biden victory.

A strong result for the Democrats will push up the value of the dollar, affecting a whole basket of currencies, stocks and commodities. Conversely, a victory for Trump could cause some volatility on election night, particularly if the result is unexpected as it was in 2016.

Elections can cause large and unexpected moves so you should always place stops to limit your potential losses. This is always good practice but it is especially important during moments of extreme political volatility.

Tradeguider is the home of Wyckoff Volume Spread Analysis (VSA). As highly experienced experts in trading techniques and trends, we use it ourselves to trade FOREX markets and can vouch for its efficacy. We share our knowledge and experience of VSA FOREX strategy (and other asset classes) on our website, from eBooks and pdfs to webinars and videos. Our trading services include trade alerts for FOREX as well as and futures, stock scanning and commodities and our mentorships and training courses address the FOREX market too. If you’d like to talk with us about how to see better returns in the FOREX market, get in touch with our experts today.

Reset your plans for success - A downloadable worksheet

Some universal rules of trading

When thinking too much stops your trading success

Should I stay or should I go now? Trade entry and exits

Is technology holding back your trading? 5 tips to keep your tech on point

Switching from End of Day to Intraday - a Trader`s View

Trading plans and journals: Fail to plan is planning to fail

How to Select a Stock

Introducing VSA Lite: a gateway to the VSA world

Can Wyckoff VSA be used to beat high frequency trading?

The best way to set a trading goal

Do you need fundamental analysis if you use Wyckoff VSA?

Can trading the markets ever be ethical?

An affordable and regulated crypto product

Trading in the Middle East - A Market Overview

Trading cryptos and Wyckoff VSA: 3 things you need to know

Mindset Tips for Traders: 7 Ways to Help Your Trading Be More Consistent

How to Relieve the Strain of Chart Analysis with Trade Alerts

How to Avoid Common Beginners Mistakes in Trading

Health Tips for Traders: 3 Ways to Improve Your Immune System

How to Trade Smarter with Rules-Based Trading Strategies

How to Know When the Reversal is Coming in Countertrend Trading

How to Gain a Competitive Edge by Following the Smart Money

Automated Trading Tools: Identify Opportunities at the Tops & Bottoms of the Markets

The 10 Fundamentals of Choosing a Broker

How to Choose a FOREX Broker: 5 Things to Consider

VSA FOREX Strategy: How to Use Volume in the FOREX Markets

Technical Analysis of the Financial Markets - Leading or Lagging?

Risk Disclosure:
Futures, cryptocurrencies and forex trading contains substantial risk and is not for every investor. An investor could potentially lose all or more than the initial investment. Risk capital is money that can be lost without jeopardizing ones’ financial security or life style. Only risk capital should be used for trading and only those with sufficient risk capital should consider trading. Past performance is not necessarily indicative of future results.

Testimonials Disclosure:
Testimonials appearing on this website may not be representative of other clients or customers and is not a guarantee of future performance or success.